You say that millions of lives and millions of years of natural evolution can be avoided through reaching total awareness and total freedom. Can it not be argued that karma, with its natural forces of cause and effect, should not be interfered with by any shortcuts. Or is it also the way of divinity to bring such a possibility within the reach of the evolving world, the evolving soul?

This is what the doctrine of fate, of kismat is – the doctrine of believing in fate. Then you are not to do anything: whatsoever is happening is happening, and you have to accept it. Then too it becomes a surrender, and you need not do anything. But the total acceptability is needed. Really there is no need to interfere, but can you be in such a state where you don’t interfere? You are constantly interfering with everything. You cannot leave it to nature. If you can leave it, then nothing else is needed and everything will happen to you. But if you cannot leave it, then interfere. And you can interfere, but the process has to be understood.

Really, meditating is not interfering in the process of karma; rather, it is taking a jump out of it. Exactly it is not interfering; it is taking a jump out of the vicious wheel, out of the vicious circle. The circle will go on, and the process will come to an end by itself. You cannot put an end to it, but you can be out of it, and once you are out of it, it becomes illusory.

For example, Raman died of cancer. His disciples tried to persuade him to go for treatment. He said, ‘Okay. If you like it and if it will make you happy, then treat me. But as far as I am concerned it is okay.’ The doctors were surprised, because his body was suffering, it was in deep pain, but his eyes were without any pain. His body was suffering deeply, but he was not suffering.

The body is part of the karma, it is part of the mechanical circle of cause and effect, but the consciousness can be beyond it, it can transcend it. He was just a witness. He was seeing that the body was suffering, that the body was going to die, but he was a witness. He was not interfering with it, not interfering at all. He was just watching whatsoever was happening, but he was not in the vicious circle, he was not identified, he was not within it then.

Meditation is not an interference. Really, without meditation you are interfering every moment. With meditation you go beyond; you become a watcher on the hill. Deep down in the valley things go on, they continue, but they don’t belong to you. You are just an onlooker. It is as if they are happening to somebody else, or as if they are happening in a dream, or in a film on the screen. You are not interfering. You are just not within the drama itself – you have come out. Now you are not an actor, you have become a spectator. This is the only change.

And when you are just a witness, the body will complete immediately whatsoever, has to be completed. If you have many karmas for suffering, and now that you have become a witness you are not going to be reborn again, the body will have to suffer in this life all the suffering that would have been in many lives. So it happens many times that an enlightened man has to suffer many bodily ills, because now there is no future birth, no future life. This is going to be the last body, so all the karmas and the whole process has to be completed, finished.

So it happens that if we look at Jesus’ life through eastern eyes, then the crucifixion is a different phenomenon. To the western mind there is no succession of lives, no rebirth, no reincarnation, so they don’t really have a very deep analysis of the crucifixion. They have a myth that Jesus suffered for us, his suffering was a salvation for us. But this is absurd; and this is not true to the facts also, because if Jesus’ suffering has become a salvation for you, then why is humanity still suffering? It is suffering more than it ever suffered before.

Christianity has simply a myth. But the eastern analysis of human life has a different attitude. Jesus’ crucifixion was all his suffering accumulated through his own karmas. And this was his last life, he would not enter the body again, so the whole suffering had to be crystallized, concentrated, in a single point. That single point became the crucifixion.

He did not suffer for anyone else – no one can suffer for anyone else. He suffered for himself, for his past karmas. No one can make you free, because you are in the bondage because of your karmas, so how can Jesus make you free? He can make himself a slave, he can make himself a free man, he can liberate himself. Through the crucifixion the account of his own karmas closed. He was finished, the chain had come to an end. Cause and effect – they had come to an ed. This body would not be born again; he would not enter into another womb. If he was not an enlightened person, then he would have had to suffer all this for many lives. It became concentrated in one point, in one life.

You cannot interfere, and if you interfere you will create more misery for yourself. Don’t interfere with karmas, but go beyond, be a witness to them take them as a dream, not real; just look at them and be indifferent. Don’t get involved. Your body suffers – look at the suffering. Your body is happy – look at the happiness. Don’t get identified – that’s all that meditation means.

Just today one girl came to meet me. She asked me, ‘Tell me, is there really a God?’ She was ready to argue that there is no God. I looked at her face, her eyes. She was tense, filled with argument; she wanted to fight about the point. Really deep down she wanted that there is no God, because if there is God you are in trouble. If there is God then you cannot remain whatsoever you are; then a challenge comes. God is a challenge. It means you cannot be satisfied with yourself; something higher than you is possible. A higher state, an absolute state of consciousness is possible. That’s what God means.

So she was ready to argue, and she said, ‘I am an atheist and I don’t believe in God.’

I told her, ‘If there is no God, how can you not believe in him? And God is irrelevant. Your belief and your disbelief, your argument for and your argument against is related to you; it is not related to God. Why are you concerned? If there is no God, why have you travelled so long, and why have you come to me to argue about something which is not? Forget and forgive him. Go to your home, don’t waste your time. If he is not, then why are you worried? Why this effort to prove that he is not? This effort shows something about you. You are afraid. If God is, then it is a challenge. If God is not, then you can remain whatsoever you are; there is no challenge to life.’

A person who is afraid of challenges, risks, dangers, of changing himself, of mutation, will always deny that there is God. The denial is his mind; the denial shows something about him, not about God.

I told her that God is not a thing which can be proved or disproved. God is not an object about which we can take some opinion for or against. God is a possibility within you. It is not something without; it is a possibility within you. If you travel to that possibility, he becomes real. If you don’t travel up to that point, he is unreal. And if you argue against him then there is no point in travelling; you remain the same. And this becomes a vicious circle.

You argue that God is not, and because of it you never travel towards him – because it is an inner travel, an inner journey. You never travel, because how can you travel towards the point which is not? So you remain the same. And when you remain the same you never meet, you never encounter God. You never come to any feeling, to any vibration from him. Then it is proved more for you that he is not. And the more it is proved, the more you are far away, the more you are falling, the more the gap increases.

One windy morning, just as the spring was ending, a snail started travelling upwards on a cherry tree. Some sparrows which were just on a neighboring oak started laughing, because it was not the season and there were no cherries on the tree, and this poor snail was making so much effort to reach the top. They laughed at his expense.

Then one sparrow flew down, came near to the snail and said, ‘Darling, where are you going? There are no cherries yet on the tree.’

God is not, but he will be there by the time you reach. It is not something which is already there – it is never there. It is a growth. It is your own growth. When you reach to a point where you are totally conscious, God is. But don’t argue. Rather than wasting your energy in arguing, use your energy in transforming yourself.

And energy is not much. If you divert your energy into argument you can become a genius in arguing. But then you are wasting, it is at a great cost, because the same energy can become meditation. You can become a logician: you can make very logical arguments, you can find very convincing proofs or disproofs, but you will remain the same. Your arguments are not going to change you. 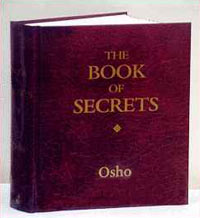