Chinmaya was a hard man to miss in the ashram. He was tall with very dark skin and long, shiny, thick, black hair. His eyes were also very dark and so piercing that I could feel the fire coming out of them. He had a moustache, a long beard and on rare occasions a lovely smile, but for the most part he seemed serious and self-absorbed. His skin was smooth to touch and his body very flexible, as was to be expected from a man steeped in the ways of yoga.

He had come to Osho five years earlier, with a small following of his own disciples, and walked around the ashram in an aloof, silent, Buddha-like way. He also had a certain charisma — you couldn’t help but turn around whenever he passed by — and Indian sannyasin would often stop, bow down and touch his feet, as if recognising him as next in line to Osho.

What attracted my attention was the odd things he did during meditation, like half-closing his eyelids and then rolling his eyes upwards so that you could see only the white parts. It looked strange and yet very spiritual, and since I was on a deep spiritual quest myself I thought, “Hmm, he might be the perfect match for me.”

I don’t really remember how we came together. All I know is that I was the one who set out to catch him, not the other way around. He was the unreachable castle which I, Joan of Arc, had decided to conquer; a habit of mine that over the years has pushed me into chasing several unattainable men.

Being with Chinmaya was a gift in an unexpected sense: he encouraged me to go even more deeply into meditation, so that besides Dynamic in the morning and Kundalini in the evening, I was experimenting with lots of other techniques, sometimes alone and sometimes with him. In that way we clicked immediately, but on a sexual level it was difficult for us to connect. Our love-making was awkward, as if the energy between us could not flow easily in that direction.

After our second night together, I got a message from Osho to come and see him with Chinmaya –a real surprise, because I had no idea that he knew we were together. Next evening we went to darshan and sat in front of the Master.

I can’t remember Osho’s exact words, but he said something like “You have experienced meeting sexually and it is already too much for you. You are making love too much. From now on you just make love together twice a month.”

What? Twice a month? After Osho had, just a few weeks before, given me a technique for coming to full orgasm and encouraging me to go for my own pleasure and sexual fulfillment? And now I end up in a situation that seems more like Yoga than Tantra, where I am meditating like crazy, working five hours a day and then, on top of it, I can’t make love more than twice a month?

Yet I did not protest. After the initial shock wore off, I took it as an invitation to explore something new. Of one thing I was sure: Osho was not trying to make life difficult for me, or punish me in any way. If he made a suggestion like this, there must be something in it.

Chinmaya and I continued to sleep together, not every night but often. Of course, I was waiting for the moment when our two weeks would be over, thinking “it’s going to be the biggest thing of my life,” and when the time came it was so disappointing, so incredibly disappointing, that it was almost like a disaster.

Then I had to leave India and go back to Italy for three weeks, mainly to get a new passport — my old one had expired — and a new visa for India. I also had to check in with my family and assure them that their wayward daughter was still alive and relatively sane.

While I was gone, Chinmaya wrote to tell me that he had become “brahmacharya” and had shaved his head. I wasn’t sure what “brahmacharya” meant — I had a vague idea that he was going to be celibate with everyone except me — but a few days later, while still in Italy, I decided to shave my head as well, causing everybody around me to think I had head lice.

Back in Pune, the bomb dropped. Chinmaya explained that “brahmacharya” meant that he wasn’t going to have sex with anyone, including me.

A couple of days later, I went to see Osho and said, “Well, now Chinmaya is brahmacharya, so what about me? Should I find a new boyfriend?”

So I decided to become celibate. Chinmaya and I were meeting every day and in the beginning it was a bit awkward, lying together, knowing that we were not going to make love. But then, to my surprise and delight, it became one of the most beautiful experiences.

Knowing that we did not have to do anything, to come to any end, to complete anything, created such a relaxation, such an openness between Chinmaya and myself — plus, of course, so much meditation that we were doing together — that it opened the doors of my sexuality in a totally different way.

On a biological level, I guess the fact that I was only twenty-one years old, a time when young people’s sex hormone levels are very high, strengthened the experience. The energy was building and building, pumping through my system.

The feeling spread beyond any personal relationship. We were lying together, we were touching, we were looking into each other’s eyes and yet it was as if everything was making love with me, to me, for me. It became so intense that I started to have the same experience with nature.

You can read more about Yoga Chinmaya here. 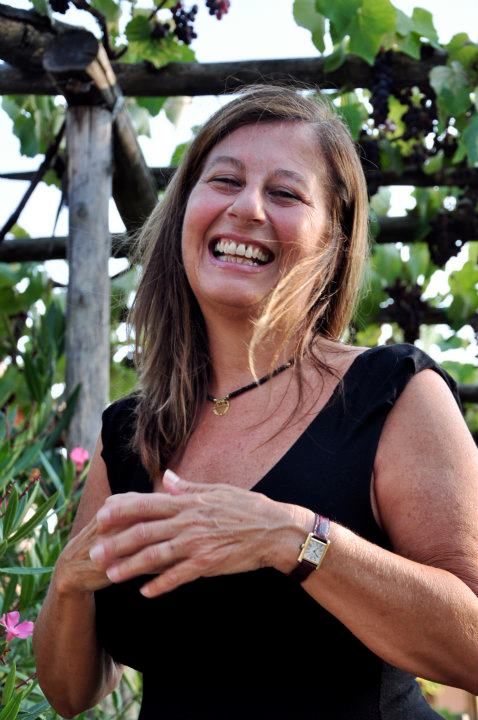 Radha is a Meditation teacher and internationally renowned Tantra expert. She is the inspirer of Tantralife School.