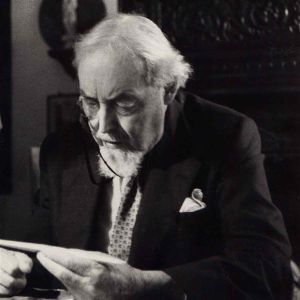 It is surely axiomatic that a phenomenon (an appearance, an object) cannot perform any action whatever on its own initiative, as an independent entity. In China this was illustrated by Chuang Tzu in his story of the sow who died while suckling her piglets: the little pigs just left her because their mother was no longer there. In Europe, even at that early date, the same understanding is expressed by the word animus which ‘animates’ the phenomenal aspect of sentient beings, and this forms the basis of most religious beliefs. But whereas in the West the ‘animus’ was regarded as personal to each phenomenal object, being the sentience of it, in the East the ‘animus’ was called ‘heart’ or ‘mind’ or ‘consciousness’, and in Buddhism and Vedanta was regarded as impersonal and universal, ‘Buddha-mind’, ‘Prajna’, ‘Atman’, etc.

When this impersonal ‘mind’ comes into manifestation by objectifying itself as subject and object, it becomes identified with each sentient object, and the concept of ‘I’ thereby arises in human beings, whereby the phenomenal world as we know it and live it, appears to be what we call ‘real’. That, incidentally, is the only ‘reality’ (thing-ness) we can ever know, and to use the term ‘real’ (a thing) for what is not such, for the purely subjective, is an abuse of language.

In this process of personalising ‘mind’ and thinking of it as ‘I’, we thereby make it, which is subject, into an object, whereas ‘I’ in fact can never be such, for there is nothing objective in ‘I’, which is essentially a direct expression of subjectivity. This objectivising of pure subjectivity, calling it ‘me’ or calling it ‘mind’, is precisely what constitutes ‘bondage’. It is this concept, called the I-concept or ego or self, which is the supposed bondage from which we all suffer and from which we seek ‘liberation’.

It should be evident, as the Buddha and a hundred other Awakened sages have sought to enable us to understand, that what we are is this ‘animating’ mind as such, which is noumenon, and not the phenomenal object to which it gives sentience. This does not mean, however, that the phenomenal object has no kind of existence whatever, but that its existence is merely apparent, which is the meaning of the term ‘phenomenon’; that is to say, that it is only an appearance in consciousness, an objectivisation, without any nature of its own, being entirely dependent on the mind that objectivises it, which mind is only nature, very much as is the case of any dreamed creature, as the Buddha in the Diamond Sutra, and many others after him have so patiently explained to us.

This impersonal, universal mind or consciousness, is our true nature, our only nature, all, absolutely all, that we are, and is completely devoid of I-ness.

This is easy enough to understand, and it would be simple indeed if it were the ultimate truth, but it is not, for the obvious reason that no such thing as an objective ‘mind’ could exist, any more than an ‘I’ or any other object, as a thing-in-itself. What it is, however, is totally devoid of any objective quality, and so cannot be visualised, conceptualised, or in any way referred to, for any such process would automatically render it an object of subject – which by definition it can never be. This is because the mind in question is the unmanifested source of manifestation, the process of which is its division into subject and object; and antecedent to such division there can be no subject to perceive an object, and no object to be perceived by a subject. Indeed, and as revealed by such sages as Padma Sambhava, that which is seeking to conceive and to name this unmanifested source of manifestation is precisely this ‘whole mind’ which is the ‘animating’ or ‘prajnaic’ functioning which itself is the seeking, so that the sought is the seeker thereof. Profoundly to understand this is Awakening to what is called ‘enlightenment’.

This reasoned visualisation, therefore, like all doctrine, is merely conceptual, devoid of factuality, a structure of theoretical imagination, a symbolic diagram devised in order to enable us to understand something immediate that can never become knowledge. Yet that ultimate ‘something’, which is no ‘thing’, is nevertheless what the universe is, and is all that we are.

The psychological ‘I-concept’ has no nature of its own, is no ‘thing’, and could not possibly create genuine ‘bondage’. There cannot be any such thing as bondage at all, but only the idea of such. There is no liberation, for there is no thing from which to be freed. If the whole conceptual structure is seen as what it is, it must necessarily collapse, and the bondage-enlightenment nonsense with it. That is called Awakening, awakening to the natural state which is that of every sentient being. Sri Ramana Maharshi taught just that when he said that ‘enlightenment’ is only being rid of the notion that one is not ‘enlightened’, and Maharshi might have been quoting the T’ang dynasty Chinese sage Hui Hai, known as the Great Pearl, when he stated that Liberation is liberation from the notion of ‘liberation’. He might also have been quoting Huang Po (d.850), of whom he is unlikely ever to have heard, when they both used the same words, full of humour, to someone asking about ‘his’ mind: each sage asked in reply,’How many minds have you?’

How many minds had they, those two young men? Why, none at all. Not only not two, but not one. Nor were they themselves a ‘mind’, for there could not be such a thing as a ‘mind’ for them to be. Neither ‘they’ nor ‘mind’ ever had, or ever could have, any objective being whatever, for never has any kind of objective being been, nor will such ever be. All that, and every ‘that’ which ever was thought up – and ‘that’ is the most purely objective of pronouns – is the essence of the gigantic phantasmagoria of objectivity, which we spend our lives building up, and in which we search desperately for some ‘truth’ which could not possibly be there. The whole vast construction is a phantasy, a dream, as the Buddha (or whoever wrote it in his name) told us in the Diamond Sutra, and the truth which a dream represents, or misrepresents, of which it is a reflection or a deflection, is the dreaming source of it which is all that it is. That source can never have a name, because a name denotes a phenomenon – and there is no phenomenal dreamer, but a functioning that is called dreaming. Sri Bhagavan called it ‘I-I’: if it must be called anything, no nominal form could ever come nearer, or be less misleading as an indication, than his term.

All objectivisation is conceptual, all conceptuality is inference, and all inference is as empty of truth as a vacuum is empty of air. Moreover there is no truth, never has been and never could be; there is no thusness, suchness, is-ness, nor anything positive or negative whatever. There is just absolute absence of the cognisable, which is absolute presence of the unthinkable and the unknowable – which neither is nor is not. Inferentially this is said to be an immense and radiant splendour untrammelled by notions of time and space, and utterly beyond the dim, reflected sentience of temporal and finite imagination.