A while ago you said something about silence which startled me. In my sleepiness I’d simply thought of it as just an absence—an absence of noises. But you were saying it had positive qualities, a positive sound. And in my meditations, I’ve noticed the distinction between a silence in my body and a silence in my mind. I can have the first, without the second. Beloved Master, please talk to me about silence.

Anand Somen, silence usually is understood to be something negative, something empty, an absence of sound, of noises. This misunderstanding is prevalent because very few people have ever experienced silence. All that they have experienced in the name of silence is noiselessness. But silence is a totally different phenomenon. It is utterly positive. It is existential, it is not empty. It is overflowing with a music that you have never heard before, with a fragrance that is unfamiliar to you, with a light that can only be seen by the inner eyes. It is not something fictitious; it is a reality, and a reality which is already present in everyone—just we never look in. All our senses are extrovert. Our eyes open outside, our ears open outside, our hands move outside, our legs… all our senses are meant to explore the outside world.

But there is a sixth sense also, which is asleep because we have never used it. And no society, no culture, no educational system helps people to make the sixth sense active.

You are asking, “A while ago you said something about silence which startled me in my sleepiness. I had simply thought of it as just an absence—an absence of noises. But you were saying it had positive qualities, a positive sound. And in my meditations, I have noticed a distinction between a silence in my body and a silence in my mind.”

Your experiences are true. The body knows its own silence—that is its own well-being, its own overflowing health, its own joy. The mind also knows its silence, when all thoughts disappear and the sky is without any clouds, just a pure space. But the silence I am talking about is far deeper.

I am talking about the silence of your being.

These silences that you are talking about can be disturbed. Sickness can disturb the silence of your body, and death is certainly going to disturb it. A single thought can disturb the silence of your mind, the way a small pebble thrown into the silent lake is enough to create thousands of ripples, and the lake is no longer silent. The silence of the body and the mind are very fragile and very superficial, but in themselves they are good. To experience them is helpful, because it indicates that there may be even deeper silences of the heart.

And the day you experience the silence of the heart, it will be again an arrow of longing, moving you even deeper.

It is not your silence.

It is not something in your possession; you are possessed by it, and that’s the greatness of it. Even you are not there, because even your presence will be a disturbance. The silence is so profound that there is nobody, not even you. And this silence brings truth, and love, and thousands of other blessings to you. This is the search, this is the longing of all the hearts, of all those who have a little intelligence.

So, don’t misunderstand. Most of the people… for example, there are people who are practicing yoga exercises. Yoga exercises give a silence of the body, and they are stuck there. Their whole life, they practice, but they know only the most superficial silence. Then there are people who are doing concentrations like transcendental meditation, of Maharishi Mahesh Yogi. It can give you a silence which will be only of the mind. Just by repeating a name or a mantra… the very repetition creates in its wake, a silence in the mind. But it is not meditation, and it is not transcendental.

The Sufis know the immense beauty of love. They radiate love, but still the home has not been reached. You have to remember the fourth. Unless you reach the fourth, continue the journey.

People misunderstand very easily. Just a little bit of experience and they think they have arrived. And mind is very clever to rationalize.

There is a Sufi story about Mulla Nasruddin. The Mulla hears a commotion in the street outside his house in the middle of the night. His wife tells him to go down, and after many arguments he puts a blanket on his shoulders and goes down to the street. There were many people in the street and a lot of noise, and in the crowd somebody steals his blanket.

The Mulla goes home naked, and his wife asks him, “What was that all about?” The Mulla says, “It seems to be about my blanket, because as they got the blanket they all disappeared. They were just waiting for the blanket. And I was telling you `Don’t force me to go there.’ Now I have lost my blanket and I have come naked. It was none of our business.”

He has found a rationalization, and it looks logical, that as they got his blanket they all disappeared. And the poor Mulla thinking that perhaps that was the whole problem….

“Their argument and their noise just in front of my house in the middle of the night, and my foolish wife persuaded me finally to lose my blanket!”

Mind is continuously rationalizing, and sometimes it may appear that what it is saying is right, because it gives arguments for it. But one has to beware of one’s own mind, because in this world nobody can cheat you more than your own mind. Your greatest enemy is within you, just as your greatest friend is also within you.

The greatest enemy is just your first encounter, and your greatest friend is going to be your last encounter—so don’t be prevented by any experience of the body or the mind or the heart. Remember always one of the famous statements of Gautam Buddha. He used to conclude his sermons every day with the same two words, charaiveti, charaiveti.” Those two simple words—just one word repeated twice—means “Don’t stop; go on, go on.”

Never stop until the road ends, until there is nowhere else to go—charaiveti, charaiveti.

From The Golden Future, Discourse #1 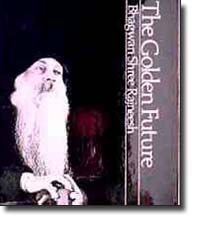