For the last four days I have been taking part in the Zazen group. When anger arises, it is difficult for me to watch this feeling instead of throwing this anger on others. Beloved Master, would you please speak about the art of watching?

You can watch your mind. All its thoughts, howsoever fine, are available to your watching. You can see the subtlest expression of the mind. That makes one thing clear – that you are not the mind either. It is a little more difficult, but not impossible, to watch your feelings – what the poets call the heart; your emotions, your moods – which are the subtlest things in your personality. A little sadness, a little joy, or perhaps nothing but an indifference . . . But even indifference is a certain attitude. Watching goes on becoming more and more deep.

Beyond your moods there is nothing to watch, but only silence. In that silence a great miracle happens. The energy that has been watching turns upon itself. Hence many old religions have used as a symbol the snake holding its own tail in its mouth. It is a circle … the mouth and the tail. It has been used in a very ancient school in Tibet, and Madame Blavatsky brought it from there and it became a symbol for the Theosophical movement.

I have met many Theosophists. In the city where I used to live there was a Theosophical lodge; it was one of their big centers. And just before the lodge was the snake taking his tail in his mouth.

The president, who had invited me to speak in their lodge, was taking me inside the lodge. I asked him, “Do you know the meaning of this snake?”

Unconscious, you simply think you are. But you don’t know who you are, what you are, why you are. Your whole life is lived in unconsciousness.

Mrs. Pomeroy’s maid became so sick one afternoon that Mrs. Pomeroy said to her, “Please, let me put you in my bed until I can get our family doctor here to examine you.”

When the physician arrived, Mrs. Pomeroy showed him into the bedroom, then left him alone to examine the maid. “Doctor, I am not sick at all,” confessed the maid, “I am faking it. That old tightwad owes me three months back salary, and I am not getting out of her bed until she pays me.”

The doctor’s face suddenly brightened. “Hell,” he said, “she owes me for my past ten visits here.” He then popped a thermometer into his mouth and said to the maid, “Move over.”

But this is our whole life . . . almost living in a state of sleep.

When a sudden storm blew up at sea, a young woman leaning against the ship’s rail lost her balance and was thrown overboard. Immediately another figure plunged into the waves beside her, and held her up until a lifeboat rescued them.

To everyone’s astonishment, the hero was the oldest man on the voyage, ninety-two years old. That night a party was given in honor of his bravery. “Speech, speech!” cried the other passengers.

The old gentleman rose slowly and looked around at the enthusiastic gathering. “There is just one thing I would like to know,” he said. “Who the hell pushed me?”

This game goes on. Our life is really ridiculous, and the only way to make it sane and intelligent is the way of creating a watcher in you. Then whether you are awake or asleep the watcher remains inside you, just like a small flame, continuously burning. It watches your sleep, it watches your dreams; it watches everything. Finally it watches your death too.

And because it watches your death, it means you are not dying. Only that which was not you is dying. The flame has become your life source, and the center simply moves on into another form, into another life. And this flame cannot be extinguished. It is immortality itself. The experience of this flame is the experience of enlightenment. With this experience, all the fears of life disappear.

What remains is pure joy, and a tremendous gratitude towards existence. I call this gratitude the only prayer . . . no words, but without words a deep feeling of gratefulness: “So much has been given to me which I don’t deserve, which I have not earned, of which I am not worthy. Life goes on giving to me out of its abundance, not because I need it, I deserve it, but because life has so much to give. It is overflowing.”

The golden key is watching. And there is nothing much to learn in it. It is a very simple thing. You cannot imagine anything more simple which can open the doors of the whole existence for you.

From The New Dawn, Discourse #25 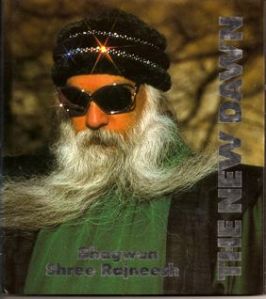 Many of Osho’s books are available online from Amazon.com and in the U.S. from Viha Osho Book Distributors.

One thought on “The Art of Watching – Osho”