Have you yet been able to say to one of your disciples, ‘so, it has happened’?

If it has not happened I will not say it and if it has happened why should I say it? You know, I know – it will be a tacit understanding. I am not going to say to anybody that it has happened, remember.

I will never say to anybody that it has happened. It is happening to many, it will happen to many; in fact, it has never happened to so many people as it is going to happen this time.

But I am not going to say anything to anybody. You would like me to say something because then you can create great politics around it. If I say to Maneesha ‘Maneesha, it has happened to you’ then everybody else will be jealous. Then you will start finding fault with Maneesha. Then you will start trying to prove that it has not happened to her. How can it happen to Maneesha before you? Impossible!

Do you know that when Bodhidharma gave his robe to Hui Koju he told him a second thing? ‘Escape now. Take this robe and escape as far away as possible otherwise the other disciples will kill you.’

There were five hundred disciples. So four hundred and ninety-nine would be against this Hui Koju, who was just a simple poor man. They would kill him, certainly they would kill him. They followed him. The moment they became aware that it had happened to Hui Koju and the robe had been given to him, they followed him. Where had he gone? He had moved past a mountain retreat, running as far away as possible – as the Master had told him to.

And the scholar started trembling and shaking and perspiring, because he was certainly not ready. He had an ego. He tried to get the robe but he could not pick it up, it was so heavy. It was not that the robe became heavy, he must have become too shaky, nervous.

Remember, I say again: miracles never happen. If you ask the Buddhists they will say that this was a miracle. The robe became so heavy that the man could not pick it up. That is not right. The man became very shaky, naturally. Hui Koju was standing there as a witness – in pure silence, in great meditation, in great ecstasy watching. And he said, ‘Remember one thing: you will be committing a crime against the Master if you are not ready for it. You can take it if you are ready.’

How can you deceive a man like Hui Koju who has become a mirror? He must have seen all this scholar’s ignorance hidden behind the so-called knowledge. He must have trembled. He must have tried to take the robe but could not pick it up from the ground. He fell down at the feet of Hui Koju and he said, ‘I am sorry. I am not after the robe. Tell me what he has transferred to you.’ For years Hui Koju was pursued and efforts were made to kill him.

This is going to be the way. 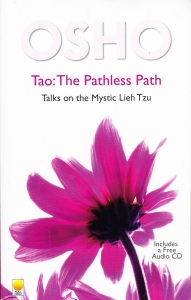 One thought on “It Has Happened – Osho”