The desire is nothing but an escape from the state of anxiety. Desires don’t create anxiety, as ordinarily is believed. Anxiety creates desire.

Just the other day I was telling you: animals have no anxiety, because they don’t have to become – they are. A dog is a dog, and a tiger is a tiger, and there is no problem! The tiger is not trying to become a tiger. He is! He already is! There is no becoming involved.

Between these two is man: half animal, half Buddha. And that is where anxiety exists. Anxiety is THIS tension. A part of you wants to go back to the animals. It goes on pulling you backwards. It says, “Come back! It was so beautiful – where are you going?”

The other part goes on hoping for the future. In some indirect way you know perfectly well that to be a Buddha is your destiny. The seed is there! And the seed goes on saying to you, “Find the soil, right soil, and you will become a Buddha. Don’t go back go ahead….” This tug-of-war is anxiety. Anxiety is one of the most important words to be understood, because it is not only a word: it is the very situation man finds himself in. This is the human dilemma. The most fundamental dilemma is anxiety: To be or not to be? To be this or to be that? Where to go? Man is stuck on a crossroads, all the possibilities open. But if you choose one, you have to choose against other possibilities – hence the fear. You may be choosing wrong. If you go to the right – who knows? – the path going to the left may have been the right path.

Man is paralyzed! Standing on the crossroads, listening to all these people, he is paralyzed. Where to go? Whom to listen to? Whom to believe? How to be certain that you are going on the right track? Great suspicion, great doubt, great anxiety.

And deep inside you, something is pulling you back: “Better become an animal again. Fall into  drunkenness. Take drugs, or become a sex maniac. Or become violent – kill people!” Why is there so much violence in the world? The animal past goes on pulling you back. Your humanity is only skin-deep. Any moment you can become a wolf, you can become a tiger; you can tear the other into pieces. Any moment! Any moment you can kill. And not only can you kill others: you can kill yourself too. Suicide and murder, constantly pulling you, destruction calling you, alluring you.

And then there are Buddhas… once in a while you see a man and you are enchanted. He has that enchanted space in him. He has that magic by which your future suddenly becomes your present. At least in his presence, at least when you vibrate with him, you forget all your animal past. You start flying like angels in the sky. Those people are also there.

This is the anxiety: Where to go? What to do? And whatsoever you do, anxiety will remain. If you become an animal, the Buddha part will go on rebelling against it. Go and do something that your animal part feels good doing, but your Buddha part starts creating guilt in you. Even the greatest murderer, before he murders anybody, feels the pangs; a great pain arises in him. His Buddha part tries to stop him, “What are you doing?” He may listen, he may not listen – but he will repent! For years he will repent for what he has done. He should not have done it.

The thief, before he moves into somebody’s house, is again and again warned by the Buddha part, “Don’t do it. There is still time – escape!” If you do it, you feel guilty. If you don’t do it, you will feel guilty. Because if you don’t do it, and you leave and you come home, then you cannot sleep, because the animal part goes on saying, ”You are a fool! So much money, and it was so easily available, and there was nobody in the house, and the whole neighborhood was fast asleep, and there was not a single chance of your being caught – you are just an utter fool! Why have you come back? There is still time – go again!”

If you follow one part, the other part makes you feel guilty. And vice versa. This is anxiety. And this anxiety is very existential. It is not that somebody is suffering it and somebody is not suffering – no. It is existential: everybody is born into it. Humanity is born into it. Human beings are born into anxiety. That is their challenge. That is the problem they have to solve – that is the problem they have to transcend.

Now, there are two ways to transcend it. One is the way of the world – you can call it desire. Desire is the way to hide this anxiety. You rush into earning money, madly. You become so absorbed in earning money that you forget all existential anxiety. Then there is no point, no time to think about real problems. Then you put aside everything and you just go into the search for money, more money. And as you get money, more and more desire arises. This desiring for money or political power is nothing but a cover for your anxiety.

That’s why people are very much frightened when they are left alone and nothing is there to be done. That’s why retired people become very, very uneasy, uncomfortable. They die fast. It is said – now psychological research has proved it – that a man who is retired is going to die ten years earlier than he would have died if he had remained employed. Ten years earlier? Why? Because the anxiety that he has been repressing through his job asserts itself. He was running after money, chasing after political power; there was no time to give to anxiety.

Now there is all the time and nothing to do. Sitting in his armchair he does only one thing –  anxieting. Nothing else to do! Now all the repressed anxieties of his whole life – that denied existential part takes revenge. It kills. He becomes ill, heart attacks come, he becomes paralyzed. But there is more possibility that all this is happening because of the psychology, not because of the body.

When a person is succeeding and his desires are taking him farther and farther away, he remains healthy. Politicians are almost always healthy when they are in power; when they lose power, they suddenly become old. When a person is earning and earning and earning, he remains healthy. When he becomes a failure, when he goes bankrupt, then suddenly, yes, in a single night all his hair can turn white – literally.

Desire is a way to avoid anxiety, but only to avoid. You cannot destroy it by desiring. And desire gives you small anxieties, remember, very small anxieties, which are not existential. Of course, when you are earning money you will have a few anxieties: the market and the share market, and things like that, and prices. And you have put so much money – are you going to earn out of it or are you going to lose? These small anxieties. These are nothing compared to the real anxiety – these are tricks to avoid the real.

Of course, when you are ambitious for political power, you will have anxieties, a thousand and one. But they are nothing! they are play-things compared to the fundamental anxiety.

You ask me: How is anxiety related to desire?

Desire is a cover-up for anxiety. It is a trick, a strategy. And meditation is to uncover it.

That’s why people can’t sit silently even for a few minutes. Because when they sit silently, anxieties start raising their heads. They become very much afraid. That’s why people ask, even in meditation, “What should we do? Can we chant a mantra?” Then it is okay; then the mantra becomes your cover. Then you can repeat, “Ram, Ram, Ram,” and you can go on repeating. This repetition keeps your anxiety repressed.

When I say again and again:

Sitting silently,
doing nothing,
and the Spring comes
and the grass grows by itself…

You think it is very easy: “We can sit and the spring will come and the grass will grow by itself.” This is the hardest and the most difficult and the most arduous thing in the world: to sit silently, doing nothing. And this is the greatest meditation.

What is meditation? Just allowing your existence as it is without covering it in any way. So the Transcendental Meditation of Maharishi Mahesh Yogi is not meditation at all. It is neither meditation nor transcendental. It is just a strategy to be fool people.

Anxiety is knocking on the American door. It always knocks when a society is rich. When a society is poor, Transcendental Meditation is not needed. That’s why in India nobody bothers about Maharishi Mahesh Yogi. Who bothers? People have so many ways to cover up their anxiety so easily.

But when all the desires are coming to a completion, what to do? Something new is needed. Then in many directions new doors have to be opened: Go to the moon! One company is selling tickets for the moon. Of course, it has to be a Japanese company – ’85, in January. People are purchasing. It is already booked. Tickets are being sold on the black market.

“What to do? Let us go to the moon! At least we can cover up with that. We have to go to the moon. We can say to the anxiety, ‘Wait! First let me go to the moon, then I will look at you. Wait a little more.’” Or do Transcendental Meditation. Any foolish word, repeat it, call it a mantra. Go on repeating it. That becomes a blanket cover. 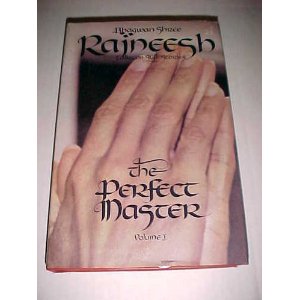 One thought on “Witnessing-The Nourishment for Your Buddhahood – Osho”