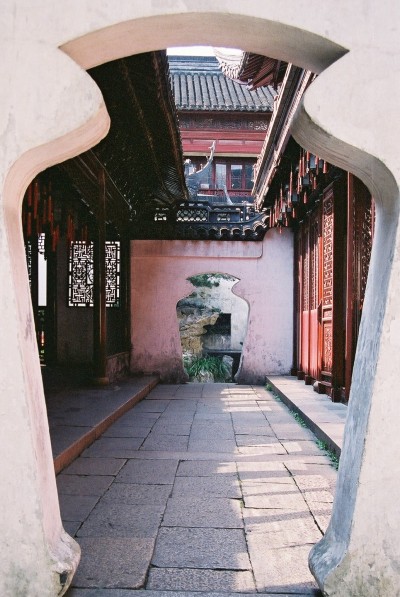 Ordinarily, we live in thought. So even “in ‘a’ thought” is a step, because with ‘a’ thought there is already enough awareness gathered to recognize having been in ‘a’ thought. But when we are in thought, we are simply lost. But it is through this recognizing “in a thought” that we are gradually gaining strength of consciousness for the next step.

With this newfound seeing, we begin to witness; we begin with watching a thought. It is, however, very fleeting. Either we enter into the stream of the thought and are lost until we remember and are once again at the beginning, or by watching the thought, the thought peters out and vanishes.

There is a big shift that happens when we move from watching a thought to “watching mind.” Watching mind means we are not getting into the separate thoughts but watching the energy of mind, the movement of mind. It is seen as an object, as a whole. It is in this seeing the whole of mind that we find ourselves in the next step.

It is from this “out of mind” that we are able to let all the contents of mind unpack and still remain the witness.

The sages don’t talk of no-mind in order to create a far off goal to be reached, but rather, so that it can be recognized when we stumble into it.

This is from the collection of stories, essays, poems and insights that is compiled to form the book From Lemurs to Lamas: Confessions of a Bodhisattva. Order the book Here.