The yogi, being alone and indifferent like the sky, does not even in the least attach himself with the future.

Even as the ether inside a wine jar remains untouched by the smell of wine, so the self, even in association with its covering, remains uncontaminated by its nature.

As the arrow aimed at its target cannot but hit it after it has left the bow, so the karmas performed before the advent of knowledge will yield its fruit, even after one has attained knowledge. It implies that the fruits of karma done before realization have to be lived out.

As the arrow shot at a tiger cannot be stopped upon learning that it is a cow and not a tiger, but rather goes forth and hits its object just as forcefully.

So the action performed yields its fruits even after knowledge has been attained. One who knows his self as ever young and deathless also remains so.

How could he even have an imagination of the bondage due to past conditions? It means that there is no relationship between the sage and his past conditionings.

Some very significant and beautiful definitions about the ultimate experience . . .

About this one who remains, this sutra says that one is like space, like sky – vacant, empty, yet full, fulfilled; yet whole.

Look at the sky: Sky is just emptiness, but everything exists in the sky. It cannot exist otherwise because to exist you need space, emptiness. So emptiness surrounds the whole existence. Existence comes out of this emptiness and again drops this emptiness – and this emptiness remains untouched, unaffected.

Observe the sky in the rainy days: Clouds come; the whole sky just disappears behind the clouds. You cannot even imagine where the sky has gone. It has gone nowhere; the clouds will rain and disappear, and the same sky will be there. It was always there; even when there were clouds the sky was there in its total emptiness. Clouds cannot disturb it, and clouds cannot affect it – they come and go and the sky remains the same.

It remains in its suchness, in its tathata.

This word “suchness” is to be understood deeply. What do I mean when I say the sky remains in its suchness? It remains in its nature, unchanged by anything that happens in it. It is just like a mirror: The mirror remains untouched in its suchness, in its mirroring – fresh, young, never old. Whatsoever happens before the mirror, whatsoever is reflected in the mirror, comes and goes; the mirror remains unscarred, the mirror remains eternally virgin. This is what is meant by sky. Sky is the eternal virgin. The virginity is never broken, the sky remains unmarried to anything, untouched. Everything happens in it and yet nothing happens to it.

The same sky is within you also. Without, there is space; within also, there is space. Space is everywhere. The space within is known as your self, and the space without is known as the supreme self. The body is just a material barrier – and it is porous, so the outer sky goes on coming in and the inner sky goes on coming out. There is a constant meeting. Your body is just like an earthen pot, porous. You have an earthen pot of the body, it divides, but it cannot divide totally; the space is not broken by it.

To know this while in the body is called the state of jivanmukta – while the body is there, the earthen pot is there, you have realized the inner space and the quality of space. Now there is no inner and outer. Of course the body is there, but now you know that the body never divides – the division is false. But the body will continue for a while . . .

So a jivanmukta never says, “This is my body.” He says, “This is my past karma’s body.” He never says, “I am ill and I am suffering.” He only says, “This is a long procession of karmas and their effect; my past karmas reaching to their target – past reaching into the future. I am just a witness to it, unrelated.” Because of this, because of this experience, observation, this realization that all the past karmas of all the past millions of lives have not affected my inner space – it has remained pure, crystal pure, innocent – this realization means cessation of the future.

When the past appears unrelated to you, and you appear just like empty space… clouds have come and gone, lives have come and gone; birth, death, you were this and that – a beggar in one life, an emperor in another, unsuccessful in one, successful in another, educated, uneducated, good and bad, sometimes a thief and sometimes a saint – everything has come and gone, and the inner point has remained untouched. Nothing has happened to it; everything happened around it, near it, in the vicinity, but nothing has happened to it itself – knowing this, the whole future drops completely. Now you cannot project the whole nonsense that you were projecting in the past. Future drops. With future, time drops. With time, cessation of time – you enter the eternal.

One who knows his self as ever-young and deathless also remains so.

How could he even have an imagination of the bondage due to past conditions? It means that there is no relationship between the sage and his past conditionings.

The conditionings go on flowing but there is no relationship; you remain a witness.

If you can become a witness this very moment, you are severed from you past and from your future. Then the mechanism goes on moving, just like you are on a bicycle pedaling. You stop pedaling but the cycle will have some movement still, because of the momentum of the past. You are not pedaling it, but it is not going to stop just now. It will move into the future without you pedaling it. It will go a little while and then it will drop.

Buddha was dying. Ananda asked him, “Cannot you be with us a little more? Cannot we have you a little more? I have not yet attained and you are dying, and you are leaving us.” Buddha had said that morning that he was going to die. “So if you have to ask anything,” he had told his disciples, “you can ask. This is my last day. This evening will not come for me. This morning is the last; in the noontime I will drop. When the sun comes to its peak, I will drop.”

So his disciples gathered and they began to weep and cry. And Ananda asked him, “Cannot you stay a little while more?” Buddha said, “That is impossible, because all the past karmas are finished. This is the last day, the last momentum; I feel it can last up to noon. The energy is gone, everything has ceased, and now the mechanism is just going to stop. And nothing can be done, because as far as I am concerned, I stopped pedaling long before – forty years.

Really, I have been dead for forty years as far as I am concerned. I have not been in the body for these forty years; it was only for you that it has appeared I have been in this body. For me, I have been beyond; I have gone out of it long before. But the body had to continue, and now this is impossible. The momentum is just in its last flicker, the flame is just about to go, the oil is completely finished. And I cannot pour more oil into it because the man who could pour is dead for forty years – who could pour more oil into it? So ask, don’t wait. The noon is coming soon – if you have anything to ask, you can ask. The noon is coming very soon.”

This happens – Buddha was a jivanmukta for forty years. A jivanmukta means one who is already dead – of course, the body is alive, and then moksha is attained and body also falls.

From That Art Thou, Discourse #48 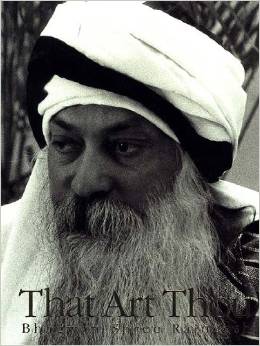 2 thoughts on “It Remains in its Suchness – Osho”